This is a question that I get every now and then. A lot of people have ideas for apps, or many companies want to offer their customers alternative ways to use their services, want to share a better experience than what you might get from browsing their website through their mobile versions.

It’s true that native iOS and Android applications couple better with the device, and have better access to the device’s hardware features such as Location Services, USB managed devices, etc. for this or many other reasons you might want to have your own mobile application.

To begin with this your should of course have quotes on different app developers in your area, but if you find it to be too expensive or just out of your budget, there a couple of thing you can do to recude costs and make the app your organization needs.

You can always hire companies or developers outside your country and search for better rates. It’s not easy trusting a guy with a different culture, what if their working ethics don’t match your organization standards? How can you make sure you will get something delivered in return for your money?

Find the developers you need in Latin America

You can get way better rates if you choose to hire people in Latin America. Eduardo Araujo, vice president and general manager of HP Enterprise Services, notes, “There is a very flourishing market for outsourcing in Latin America partly because it’s on the same time zone as the rest of the Americas, so it’s a natural connection.”

You can hire a programmer right away. Websites such as Scalable Path or  Toptal can help you find developers for your projects, with an upfront cost per hour. This might be the saving you were waiting for, but maybe you do feel a bit reluctant to hire one of this guys directly.

To get an idea of the rates you would be paying four times less if hiring somebody in Latin America, but you should be very careful selecting your team.

Building a team through the Americas can be an awesome way to save money and get high quality services, with the advantage that in many Latin American countries the Time Zones overlap with the ones in the United States, hence the time you get your 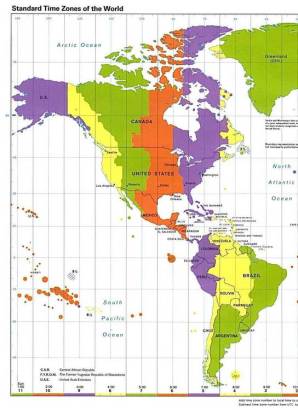 whole team working in sync is higher. If a base salary for a developer in the US is around +100,000 a year (this would be around 50 USD an hour) you can find many high quality developers that charge half that rate or even less. Some companies actually have people working in different cities, and even help manage the teams. So ideally you could meet with somebody in the United States to discuss the details of the project, and he or she could help you deliver the message and check that things are going the right way.

Also many companies help you recruit people but you always have the final say. The most important question when hiring a developer or designer should be: has he done this in the past? It doesn’t have to be the exact same product of course, but you really need people to help you deliver and the best way to make sure is that you know that they’ve actually done it.

I’ve worked on many project through out this years where the customer was in the US and the programmers, designers, etc where elsewhere and I can’t stress enough how important is to have good communication with the different parties in the project. I would recommend having the following things in mind:

So, this is probably the question I get the most. And right after it would be ‘and how much time will it take?’. I have bad news for you out there: project planing is still far away from an exact science. I’ve participated in too many project that were under estimated. There are many ideas and techniques to have in mind when planing a project that might give us an idea on what the time frame would more or less be the correct.

Although this might sound trivial to people experienced in the IT or software business a lot of people don’t know they have to design their apps. They just have an idea (some times it’s quite clear) but they don’t have a good  design. A good way to start is obvious: the user interface. It doesn’t have to be squeaky clean, in fact, it doesn’t even have to be an actual real world design. Sketches can be  enough:

You can use paper and pencil or some cool software such as Sketch.  What you will be doing is basically designing an interface that allows your potencial users to implement every each one of the use cases you want to serve. For a programmer or a company to being able to give you an estimate this is pure gold, although your application might do a lot of stuff in the background and maybe designing the UI is just not enough (think of Shazam it has a super simple UI and performs all the work at the back).

If you have an idea, you have nothing

As a mobile developer (specially since mobile development has become the thing lately, I get a pitch for an ‘awesome’ app idea every now and then. Although people are very enthusiastic they are not dumb: many have seen the so called dot-com bubble expand and explote, so (different that back in the late 1990s) nobody is expecting to become a millionaire overnight with just an idea. I would say that there are many ideas out here that have succeeded and failed, some sounded really good and some sounded awful (“A website with unlimited space for video upload, where users uploading trademarked suff” That could’ve been a YouTube pitch). So, it not actually ideas what makes companies thrive: it’s their implementation.

You think Netflix was a great idea? So did the guys at Blockbuster. They partnered up with Enron  in the 1990’s (that in those days had a massive network to deliver video through the United States) and created an on demand video service that failed for many reasons, so quality and good software does matter.

You should first create an MVP, this is a Minimal Viable Product. This basically consists in discovering which features are essential to your application and should definitely be delivered on it’s first version. If you are developing a cool chat application that you want people to use right away maybe login through Facebook or Gmail is essential. Maybe it isn’t. But that the chat works perfectly is an absolute requirement.

Remember to negotiate the source code

When you purchase an application you are not buying anything but it’s code. It’s like the ‘score’ of the program developers are building. Without this you won’t be able to take it to other developers if you don’t like the work that is being done. I would negotiate this right at the beginning of the project, making very clear that you want to have access to the source code you are buying through the entire development process.

Companies such as Github or GitLab allow you to host your applications source code in the Cloud allowing different parties to add changes or just view it’s progress.

There a number of different providers for the services you need (Designers, Programmers, etc). If you don’t have a team you trust I would recommend contacting several different teams and peach them the same idea. This would give you a hint of how this different companies see things and can give you a different perspective on the development you have in mind. They might even make you look at angles you didn’t think of.

Once you’ve reached them, they should make a proposition to you, which should look more or less like this:

So basically you would get a description of each feature (hopefully much more detailed that this one) where each feature has an estimate in story points and translated to an estimated number of hours. It would be long to discuss here how story points work, and there isn’t really an “official” measurement of how much work a single story point actually represents. But it’s the developer’s work to translate that into actual hours. Once you get the number of hours, you have to concentrate in getting the right price for an hour.

But I must warn your first: This total number of hours is not the actual time it will take build your app. This is what you will be charged. Always think that it will take at least %50 from the date you were promised and this is for the least. It can be a lot more (even %100 more).

So, to give you an idea of the rates that are right now being charged in the market is the above list. This prices are estimative, if you hire talented people it can be even higher, but at this point you already know that hiring the right people

This is your very first post. Click the Edit link to modify or delete it, or start a new post. If you like, use this post to tell readers why you started this blog and what you plan to do with it. The cols theme looks better with longer posts, so we’ll fill this one out with some filler text. ‘I’ll fetch the executioner myself,’ said the King eagerly, and he hurried off.

Alice thought she might as well go back, and see how the game was going on, as she heard the Queen’s voice in the distance, screaming with passion. She had already heard her sentence three of the players to be executed for having missed their turns, and she did not like the look of things at all, as the game was in such confusion that she never knew whether it was her turn or not. So she went in search of her hedgehog.

The hedgehog was engaged in a fight with another hedgehog, which seemed to Alice an excellent opportunity for croqueting one of them with the other: the only difficulty was, that her flamingo was gone across to the other side of the garden, where Alice could see it trying in a helpless sort of way to fly up into a tree.

By the time she had caught the flamingo and brought it back, the fight was over, and both the hedgehogs were out of sight: ‘but it doesn’t matter much,’ thought Alice, ‘as all the arches are gone from this side of the ground.’ So she tucked it away under her arm, that it might not escape again, and went back for a little more conversation with her friend.

When she got back to the Cheshire Cat, she was surprised to find quite a large crowd collected round it: there was a dispute going on between the executioner, the King, and the Queen, who were all talking at once, while all the rest were quite silent, and looked very uncomfortable.

The moment Alice appeared, she was appealed to by all three to settle the question, and they repeated their arguments to her, though, as they all spoke at once, she found it very hard indeed to make out exactly what they said.

The executioner’s argument was, that you couldn’t cut off a head unless there was a body to cut it off from: that he had never had to do such a thing before, and he wasn’t going to begin at HIS time of life.